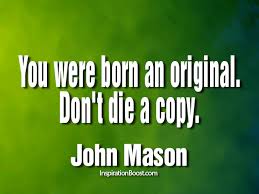 "There is no faster way to create enduring unhappiness than to act against your beliefs."
One phrase in the "Best Lent Ever" podcast really caught my attention today. "We should live our lives for an audience of one." I had just finished up posting a message to a long-time friend of mine on the MMListserv, a girl that I held virtual hands with as she weaned herself off alcohol. She and I have come a long way since then and she has become one of the most dynamic, self-assured women I know. Through her messages, I can see how much she values herself these days. She wrote this morning that an old friend is coming to visit her and she worried about he'll expect of her. It made me think of how much we worry about what our friends think when we first try to quit drinking or change our drinking in any way, it's as if they are an audience we have invited to watch our life and we are playing a role for them, even though we know, offstage, we are a totally different person. I don't know about you, but I'm kind of disappointed that Val Kilmer isn't Doc. Holliday in real life. We don't want people to be disappointed when they find out that the person they saw on that stage is not who we really are, so we stay up there on that f'ing stage for years-for me it was decades-and we use booze to keep us in our role. I lived a conflicted, divided life for way too long-that's why the voice in my head never shut up, it just kept saying, "Come on, you can do better than this. This isn't the role you were born for.."
I finally did come of that stage, more like tumbled off into the orchestra pit. It took a while to quit trying to play the role, though, I'd been playing it so long I'd forgotten who I really was. But I came back to myself when I no longer had booze leading me away. The Best Lent Ever refers to that "audience of one" as God, but I think it can also apply to ourselves. When you become brave enough to act as yourself, your authentic self, that audience of one in your head quits throwing tomatoes and sits back in awed silence to watch the rest of the show.
Posted by Kary May at 8:59 AM