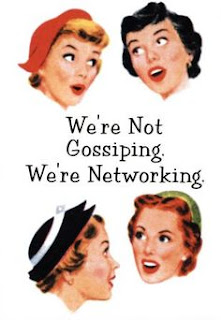 A little while back there was a discussion over on the Moderation Management forum about starting a Women's chat, I'm not sure where that ended up but I'll be in the chat room tonight at EST 9:00 Central 8:00 pm, Mountain 7:00 pm, and Pacific 6:00 pm if some " womens" want to talk about issues women face whether they are moderating or absing. I promise I won't try to sway you to the other side. Kary May

I'll bring the watercress sandwiches. What the hell is watercress, by the way?

Hey gang! I'm still writing that book. Which one, you might ask.  I'm still working on my Guide to Online Recovery Communities which includes the blogging community.  I've got some great blog posts from other  bloggers. Thank you very much! But I could use a couple more from the early days of the journey, before the year mark. You know, when we're still scared and uncertain of what the hell we're doin' but we're doin it anyway. Even if we get it wrong a few times.  If any of you have some that you are proud of, I'd love to share them.

Don't make me use my own.

PPS! Three day later, I figured out this title sounds like a call for help to keep me from drinking. I'm sorry. I'm ok. But thanks for checking up on me.
Posted by Kary May at 11:57 AM 12 comments:

Jeez! I read back through my blog the other day, and, hell's bells I sure talk about going for walks a lot. No more walking blogs!

Someone on one of the message boards the other day wrote a post about how she'd taken a short abstinence stretch and then gone out to restaurant and had only two glasses of wine.  She woke up in the middle of the night with that same old anxiety and palpitations that I got to know so well.  This person has been trying to figure out if she needs to quit drinking for awhile and she's had several long abs stretches, so the first thing I thought she might be experiencing is Kindling. I've written about kindling before but in a nutshell it is a hyper-physiological response of the body in response to multiple withdrawals from alcohol. Meaning that our body punishes us for making it quit drinking so many times by going into this state of hyper-physiological state, i.e. palpitations, tremors, night sweats, easier every time.

But when I was doing some more research the other day, I came upon this article which offers a different possibility.  The bad news is, either way, if you start experiencing these symptoms you need to quit drinking because it's not going to get any better.

Sleepless, Eczema and Even Heart Palpitations...The Women Who Don't Know They're Wine Intolerant
Posted by Kary May at 3:49 PM 6 comments:

I don't know if other recovered drinkers do this, but I do. Sometimes I tell myself, "If (fill in blank) happens, I'll let myself drink again. Just once. One night. Then I'll go back to not drinking."

The blank is usually a death.  For example: I tell myself, "If the cap'n dies, I'll let myself drink in memory of him and I and all the good times we had while drinking. I'll buy a fifth of Jack Daniels. I'll drink and dance alone in the moonlight, like we used to."

Or: I'll tell myself, "If one of my kids or grandkids die, I'll let myself drink again. Maybe I'll never stop. I'll deserve it."

I don't know if I really would. I hope I never find out.

Then this morning, I had this drinking dream...

I dreamed that my youngest son died. He is a sergeant in the Air Force, so that is an always present underlying fear that I don't let myself think about, even when he's deployed. But, in this dream, I was at his funeral and they were just getting ready to close the casket.  I fell down on my knees in front of the congregation, grabbed the mortician's hand and begged him to wait, because it finally hit me that I would never see him again. (Gawd this was an awful dream and I'm just about to cry reliving it.) I don't think I've ever really grasped that finality of that act, the closing of the casket, as I did in this dream.

In the dream, my oldest son came up and grabbed me and pulled me to my feet.  I looked into his eyes and saw disgust.

I looked around the congregation, my daughter-in-law, my grandkids, my ex-husband, for understanding. Surely they could understand that I needed to get drunk. But they were all sober and somber. And noble. As my son deserves.

So, now I don't think I'll drink when someone I love dies.

As I've posted on here before, my youngest is the one with whom I still feel  I have some amending to do. While his brothers sought refuge from my escalating drinking and the maelstrom of our gas and striking match blended family and moved back with their dad, Matt stuck it out. I think maybe he felt like he had to, because the other two hadn't. This is what I wrote to him on Easter:

You know, Matt, I've never told you how much it meant to me that you stayed with me all through your high school years, I don't know what I would have done if you hadn't. I feel like I abandoned you after you graduated and Chantel was pregnant. I am so thankful that I have the chance to rebuild the relationship you and I once had, those nights I'd wait for you to get home late and we'd sit outside on the step and talk about everything. I want that again. I've missed it. I love you.

I've never gone anywhere, mom, the only difference is the miles between us.

I think this kid deserves a sober mom. No matter what.