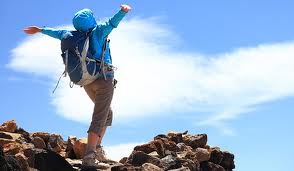 Sublime:
1. Characterized by nobility; majestic.
2.a. Of high spiritual, moral, or intellectual worth.
b. Not to be excelled; supreme.
3. Inspiring awe; impressive.
4. Archaic Raised aloft; set high.
My work stint is done for the time being and, as if I haven't whined enough about it, I feel the need to describe the experience to you yet again.  Like some whiny kid who got sent off to camp for the summer when she'd rather stayed home and played with her friends.

But truly, for the past four months, since I knew I was taking this job, I've felt like a wimpy kid that was being sent off to one of those wilderness camps to toughen him up.  I was terrified every single day, and when I say terrified, I mean terrified.  I've come to realize that my biggest fear is looking stupid.  That fear has held me back from so much, and I'm sure it had more than a little bit to do with my drinking.

I woke up every morning this summer terrified that I would make a fool of myself, and I did.  I was clumsy, I was out of practice, I heard stupid questions coming out of my mouth that I wanted to gobble back down as soon as I heard them escape my lips and saw the look of incredulity that crossed the person's face that I was talking to.

And I had nothing to combat this stupidity and fear with except getting up every morning and facing it again so I'd get less stupid and less fearful day by day.

But every day was a new opportunity to display my lack of knowledge, and boy, did I.
With nothing in my own power to abate my terror and embarrassment, I turned to my Co-Writer and I got up thirty minutes early every morning and said a rosary, some mornings that meant getting up at 4:30 am.  I didn't pray for him to make it easier on me, well, not every day, instead I prayed for strength to get through the day.

I prayed that he would give me the strength to be the person he needed me to be that day and I prayed to Mary to lend me a measure of her grace and kindness. So at least when the day was finished, my co-workers might look at each other and say, "Well, she might be thick as a post, but she sure is nice." lol

With four days left on my contract, no one had said anything about extending, which didn't surprise me.  Besides, I'd already decided even if they begged me to stay, I wasn't going to,  God didn't mean for me to be this unhappy.  This was a sign that I needed to move on from the nursing profession.

Then they asked me to stay.

I worked another two weeks and on my last day, Friday, one co-worker pulled me out of a patient's room to hug me goodbye and say that he wished I would stay and that some of the others would go.  Another co-worker said she would miss my smile, my laughter and my disposition. Another that he had never heard me complain or criticize and he had worked with traveling nurses for ten years and that just didn't happen.  My charge nurse said she wasn't going to let me go.

I never had that when I was drinking.

And you can't reach sublime until you do. 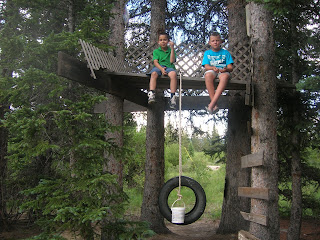 My work assignment finished up on July 20th and I have been living a very self-indulgent life since then.

Last week my two oldest grandsons, they're cousins, came to stay with me.  Just me and them with no Gameboys, no Xbox, no Playstation, hell, the DVD player didn't even work!  Boy, did we have fun!  I have to admit that I did lose my patience a couple of times though.  One night as we were playing Pictionary the younger of the two kept switching what he was supposed to be drawing in the middle of his turn.

Now I don't think I'm that hard core when it comes to playing friendly board games, but at one point the older cousin turned to the younger one and said, "Whoa! Don't get her so frustrated that she starts cussing again." ( I let a couple GD's  slip this week after one boot down the river incident and one ball-kicking incident. I'm not talking soccer or footballs, I'm talking gonads.)

I never laughed so hard in my life.  I told them they were more fun than a bunch of drunks.

This week, I have been completely on my own up here, (don't worry, the cap'n is still in the picture, he's just working.).  I can't even begin to explain how wonderful it has been. I get up in the morning, I piddle, I'm not talking about that kind of piddle but I do that too, and I write.  I eat lunch, btw I've gone back to an old diet site I used to follow Dr. Gourmet, the recipes are great, even though I have to admit I cheat a little bit on the no-salt and no-fat mayo and sour cream dictates.  I've lost a little weight but the best thing is, I feel healthier and the sugar cravings seemed to have abated.  A little bit.

Anyway, I eat, I procrastinate, I write a little more, I read about writing, I think about writing, I check my fb page, Mr. Stan decides he has to go out and piddle.... Let me tell you, this business of writing the world's greatest, most life-changing American novel is time consuming, hard shit.

So there you have it, an idyllic, extraordinarily, ordinary life.  I'd be lying if I said that old asshole liquor doesn't whisper my name sometimes. It does, some days more than others.  Some days it tries to convince me that I've learned my lesson, I'd know better next time. I'd be able to stop.

I just gently remind myself, that some people can drink and have the life described above.

But my little hermit world is about to come to an end, the cap'n returns home tomorrow then I leave on Sunday to go back to work at the same hospital where I was working before this short "stay-cation."  They actually want me back, can you believe it?  They must be desperate! LOL