Donna Dierker over at Moderation Management will be interviewing me about my book tonight but it will be mostly a gab session. So, if you want to stop in and gab here's how to do it: 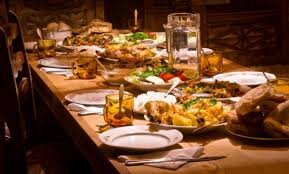 My fellow blogger, Jackie over at Sober Sassy Life wrote me last week to say that a comment on my last blog, "Why Is Moderation A Dirty Word?" made her think about how she responds to those who express an interest in or a desire to moderate. She decided to do a podcast on the subject and all I can say is, "Wow!"

Jackie has a way with words that I am envious of and I hope her words on the subject inspire others to revisit their own response to those who ask about moderation and to also take time to remember that not all of us are on the same "floor" of  the drinking spectrum-you'll have to listen to the Jackie's podcast, The Moderation Debate to understand what I'm talking about. Please listen to what Jackie has to say, ee owe it to ourselves and to others who are just finding the courage to reach out for help.

Perhaps, putting moderation on the table alongside of abstinence will draw more people to the feast of sobriety earlier. And, perhaps, being less afraid to come to the table, they will feast on the experiences and lessons that are lavishly displayed at a much younger age instead of struggling on their own for so long, as many of us did.  Perhaps they will find that moderation is more to their taste. Then, again, perhaps they will come to the table intent on partaking of only moderation, but find their eyes are drawn to abstinence. They have a taste and they come back for more.

Regardless, of whether you choose moderation or abstinence, I'll make room at my table for you.

Thank you Jackie for making room for everyone at your table, too!

Why Is Moderation A Dirty Word?

I recently responded to a post on another sober blog about moderation.   One of the followers of that blog had written in and said that she was still struggling with the idea of giving up drinking forever and she was asking if moderation was possible. I responded, of course I did, that I do know people who moderate successfully, but it takes a lot of work and I'm not convinced that it ever becomes mindless or as unfettered as quitting all together.

My response that moderation was possible for some people was a lone soldier standing in a battlefield ringing with war cries of, "Moderation is a waste of time, impossible, and dangerous!"

A few days later, I read another comment from a follower who said that she had been abstinent for 8 years and then tried drinking. As we so often hear, and we know so often happens, she fell right back down the hell hole and was having a harder time climbing out than she'd ever had before.

I replied to her comment, "Thank you for sharing this. After five years of not drinking, I need to hear these stories to keep me on the path I'm on." Because, I do believe, for me, that trying drinking or even moderation again, would be dangerous. After all, I had started to exhibit signs of physical dependence and kindling.

I was informed my comment was awaiting "moderation." Now, I don't remember my comments needing moderation on this blog before, maybe they always had required this, but I don't think so. Maybe the blogger decided to moderate all comments on the post because the discussion of moderation is such a controversial subject in the sober world. It shouldn't be. Maybe my comment was moderated because I said that moderation is possible for some people. It is.

I don't think discussing moderation is dangerous, I think it is necessary. All of us tried it, for way too many years. On our own. Many of us avoided reaching out for help from others because we were told too often that our only solution is giving up alcohol completely forever, no matter the level of drinking we were worried about. If we were worried at all about our drinking, that must mean we have a problem and we should quit.

I'm calling bullshit on that.

So instead of reaching out to ask for help, when we first became concerned, we waited until we had become so lost and so embroiled in our habit and maybe so addicted, that, for many of us,  it did become impossible, a waste of time and downright dangerous to try and moderate.

See, I do believe moderation can be all those things, but not in the beginning, not when we first become concerned, not the first time we say, "I need to drink less."

Yes, some of us, even in the beginning, may find that moderation is an impossible goal for us. But wouldn't it be better to realize that sooner than later?

This guy says it a whole lot better than me. 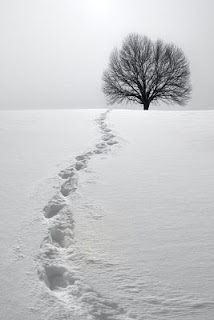 If you asked me what I love about sobriety, I would say, the starkness and solitude of it. If I was going to paint a word picture of that starkness, it would be a shaft of winter sunlight piercing through a window with plain cotton curtains onto a weathered gray table with a centerpiece of fruit. Or, a still as a church, snow covered prairie with a lone tree stripped of its leaves and one lonely set of footprints.

For so long I feared that starkness, it is exactly what I didn't want. I wanted whirling lights and ringing laughter and the never ever alone-ness of drinking.

Was I the only one scared to death to imagine a life stripped down and myself naked?

I received this comment the other day from a friend of mine who read my book:

"I didn't start reading your book because of my drinking, but you got me thinking

maybe I should be thinking about it. Your description of how you are seeing the world sober, was an eye opening reminder for me. I have never been one for New Years Eve partying because I take a perverse pleasure in waking up with a clear head when the rest of the world has a hangover."

I agree. There is a certain perverse pleasure in knowing I am one of a hardy but small population who is sober when the rest of the world seems to be gleefully drunk or not-so-gleefully hungover.

There is a special-ness. Even a superior-ness. As though I've been chosen.

But I know that's not true, because I know everyone that suffers can make the choice.

We are not chosen.

The perverse and seldom achieved pleasure.