MIssed This More: Life After Recovery 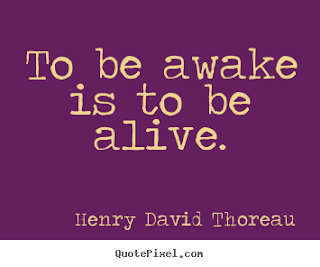 One of the most common questions is, "Do you miss it?"

And my answer is always, "Yes."

Now most of the time one or more of my fellow absers will vehemently reply with something to the tune of, "No, I don't miss it one bit.  Does someone miss cancer after they survive it?"

But I do miss it.

Last night, same conversation, same questions.  "Why do you miss it?"  "Do you think you miss the fantasy of it, rather than the reality?"  "What do you miss about it?"

If some magical genie popped out of the lamp right now and said to me, "Abracadabra! You will now be able to drink moderately for the rest of your life."

So last night after chat, I took my bath, ate my ice cream and crawled into bed to finish reading "Beautiful Ruins."  It's a good read, light and easy.  A fiction story about an actress who had an affair with Richard Burton in the 60's and ended up pregnant.  Suffice it to say, I didn't really relate to the characters in the story.

The child that resulted from the union of this actress and Dickie-poo ends up as a drug addict.  At the end of the story he is recovered.  This is a quote from the book that describes his life post-recovery.


"In Sandpoint, Idaho, Pat Bender wakes at four, makes the first of three pots of coffee, and fills the predawn hours with chores around the cabin.  He likes starting work before he's had a chance to really wake up; it gives the day some momentum, keeps him moving forward.  As long as he has something to do, he feels good, so he clears brush or splits wood or he strips, sands, and stains the front deck, or the back deck, or the outbuildings, or he starts the whole process again on the front deck: strip, sand, stain.  Ten years ago, he would've thought this some kind of Sisyphean torture, but now he can't wait to  slide into his work boots, make coffee, and step into the dark morning; he likes the world best when he is alone in it, that dark, predawn quiet.

Further down the page...

"And on those days when Lydia, the lake, his coffee, his woodworking, and the Richard Burton film library aren't nearly enough, on those evenings when he craves-fucking craves-the old noise and a girl on his lap and a line on the table...-on those days when he imagines getting just a wee bit higher (See: every day), Pat Bender concentrates on the steps.  He recalls his mother's faith in him, and what she told him that night he found out about his father (Don't let this change anything), the night he forgave her and thanked her-and Pat works: he strips, he sands, he stains-strips, sands, and stains, as if his life depended on it, which, of course, it does.  And in the dark morning, he always rises clear again, resolute; ...

No matter my urges, no matter my 'missing", I don't drink.  And every morning I get up, I feed my birds, I pull my chair up on the deck and say my rosary.  Watch the birds.  Say, "Thank You."
This morning, I mixed a bowl of dough, I kneaded it, I watched it rise.  Twice.  Then I formed cinnamon rolls and watched them rise too before I baked them.  My oldest is coming home tonight. There's a pan of lasagna baking in the oven.  Fresh cinnamon rolls on the counter.

As much as I miss drinking some days, when I was drinking, I missed this life more.