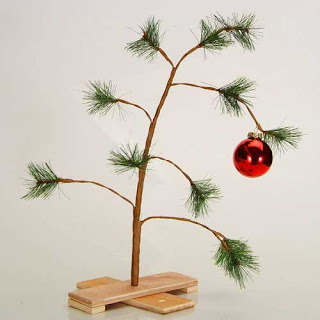 I am doing better. As Groundhog Girl said in her comment, "There is an ebb and flow." Well, the cap'n and I are flowing again, however, I can't help but worry about how long the flow will continue to run smoothly. Perhaps it is like quitting drinking, you try and try and try and then...finally...the try lasts.

I am going to give myself a vacation from the blog until the first of 2017, I have too much going on with my toy drive, the annual MM fundraiser, and the usual Christmas stuff,  but I'll  be back on Jan. 1 just as shiny as a Christmas ornament on a tree whose last needles are hanging on for dear life.  (Not sure what that analogy is supposed to mean, but I like it.)

Merry Christmas To Each And Every One! If sobriety is your greatest wish for Christmas, I hope your stocking ends up bulging to capacity and spilling over all over the place.
Posted by Kary May at 1:51 PM 1 comment:

The Old Back And Forth 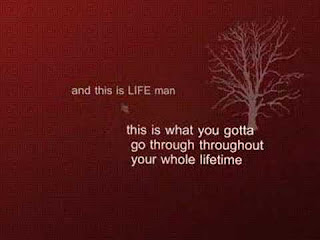 Sometimes I get really tired of going back and forth, I want to be happy and content in one place and just stay there forever, or at least until I get bored.

But that ain't how life works, is it?

I am back in Mexico and while I don't enjoy the days spent packing leading up to traveling here, or the travel, or the days of unpacking once I get here, the physical effort of that back and forth takes a miniscule amount of energy compared to the emotional effort. The emotional back and forth is draining.

During the summer, I live like a hermit in my mountain cabin, especially when the cap'n is working which is about 90% of the time. During the summer, I get to live life by my own rules and schedule and opinion. I get up when I want and go to bed when I want. I turn the tv on when I want, if I turn it on at all. I watch whatever shows I want, or sit on the computer all day long if  I want without someone there to make me feel guilty about ignoring them. I eat what I want, but still manage to feel guilty about a meal of potato chips or ice cream.

I don't have to discuss any of it with anyone.

There is no back and forth about, "Are you ready to go to bed?" or "What sounds good for dinner?"

(There's also no one talking at me, commenting about what the pundits are saying on "Meet The Press" or asking me about shopping receipts from yesterday when I'm trying to write a blog, which has happened about five times already while I have been trying to write these few lines.)

So, yes, the back and forth between Colorado and Mexico is difficult for me in more ways than geographical.

I haven't even talked about the drinking yet.

I still struggle greatly with the cap'n's drinking. I don't talk about it much on here out of respect for his privacy, but sometimes it overwhelms me so much...

During the summer, he is away but he also doesn't drink because he is working, so, even though it is long distance, during those too few months,I am married to a sober person. When we come to Mexico and he is not working, which at some point in the very near future, he will be doing on a permanent basis-not working that is-he drinks. I won't go into amounts or from what time in the morning until what time at night, but he drinks a lot. Like I used to.

And that back and forth is the scariest for me. Because I know I can't do it much longer. Certainly not for the rest of my or his lifetime. Life's too short.

It's scary for me also because it starts that old teeter-totter in my head.

"If I tried drinking again, I could stay in my marriage. Maybe I could moderate this time. Maybe I'd be happier than I am right now. Maybe drinking in moderation would fill those holes in my life that not drinking at all has left empty."

Then, yesterday, I was driving home from toy drive shopping with one of my best friends, a best friend who never knew me when I was drinking, a best friend I wouldn't have if I'd continued to drink and I was regaling her with stories about "Drinking Kary May." She'd heard some stories from other people but wanted to get it straight from the horse's mouth.

After sharing some of my funniest exploits, I told her, "I miss those times and I have to admit I haven't had near as much fun since I quit drinking. But the thing is, I know if I hadn't quit drinking, I probably would no longer have a relationship with any of my kids. I know I wouldn't be trusted with my grandchildren. I'd hate myself because of that. And I might very well be dead."

I can live with less fun.

I can live in this "place"-the not drinking place- happily and content forever.
Posted by Kary May at 10:25 AM 5 comments:

Email ThisBlogThis!Share to TwitterShare to FacebookShare to Pinterest
Labels: alcoholic granny, Living with an alcoholic, Moderation management, my husband drinks too much, My spouse is an alcoholic, sober blog, sober granny
Newer Posts Older Posts Home
Subscribe to: Posts (Atom)