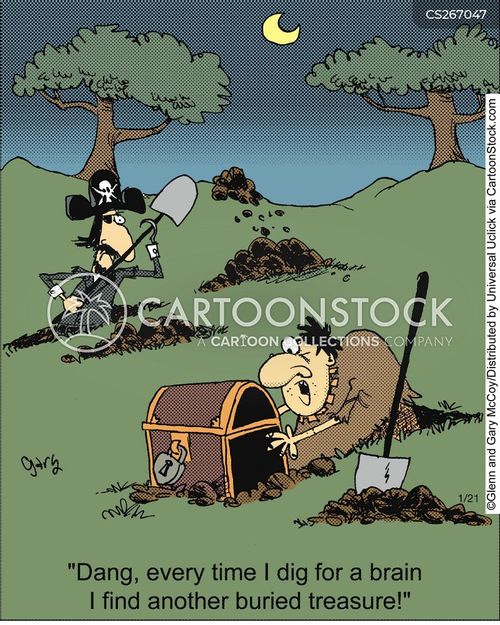 I'll be hosting Abs Chat Tonight!  So many times in early abs our focus is on what we're giving up, tonight let's talk about what we hope to discover.

9 PM Eastern, 8 Central, 7 Mountain, 6 PacificAbs Chat is focused on abstaining from alcohol—on a permanent basis,long-term, or even for a shorter period of time (like a 30!).Everyone is welcome to attend, and to participate, but we won't bediscussing moderation techniques or plans. For discussions ofmoderate drinking, we invite you to participate in the Monday NightBook Chat or the Tuesday Night Online Meeting.So if you're abstaining, planning to, curious about it, wonderingwhether it would be a good idea, or just want to hang out for soberfun, stop by!See you there! http://www.moderation.org/chat/
** PLEASE NOTE: Abs Chat will be held in the Abs Chatroom. Whenlogging in, use the drop-down box to select MM_Abs_Chat. If you windup in the wrong room, you can move between rooms by clicking on theroom list to the right of the chatroom screen. **
http://godwalkedintothisbar.blogspot.com/
__._,_.___
Posted by Kary May at 8:51 AM No comments:

This song reminds me of us. This is exactly how sobriety feels for those of you who are still searching who you are meant to be.
Posted by Kary May at 9:09 PM 2 comments:

Email ThisBlogThis!Share to TwitterShare to FacebookShare to Pinterest
Labels: Sober Anthem, Susan Boyle, Who I am Meant To Be

Pick Up Your Crazy Heart

I watched the movie, "Crazy Heart" last night. Can I just say, "Wow."

There is one scene in the movie where Jeff Bridges' character, Bad Blake, rushes off the stage-he's a washed up country western singer playing in a bowling alley-to run to the alley to heave his guts into a trash can. My chest ached and my throat burned  as he heaved from what seemed to be the sour rotten depths of his bowels.

Oh how I remember that.

But then he fishes his sunglasses out of the vomit and returns to the stage, and heaves himself back up there and he finishes the set and I thought, "Gawd, drinking makes living so damn hard."

Oh how I remember that too. How for the last ten years of my drinking I felt like I was continually pulling myself out of a dark alleyway to pull myself back up on stage and go through the motions of my life. And not loving one single minute of it.

Not to give away the ending, in case you haven't watched it, but the movie showcases just what Sober Mummy said so beautifully in her post, One Year Sober yesterday (A must read for anyone who is on this winding path, but, then, all of her posts are a must read.).  It also illustrates  the intended endpoint of my last blog, Plugging Along, even though I never got around to making it.

That is, you cannot know what finally quitting for good will bring you, but be assured that all the things you are meant to have will be so much easier to achieve.  You cannot see what is important, until booze is no longer the most important thing in your life.

Pick up your crazy heart and give it one more try. Your life is waiting for you.
Posted by Kary May at 7:02 AM 6 comments:

First, as seems to be my habit pertaining to this blog lately, I need to apologize for disappearing once again. Sometimes, once you put something down to take care of other things, it's hard to pick that thing back up and make room for it again. It doesn't bother me so much that I haven't written a post, there are so many wonderful bloggers carrying that torch, what bothers me is that I haven't been a shoulder for others.

Now for what I've been up to...that's not important. Just the usual fric and frac of life.  Somehow, some way, we ended up with three houses here in Mexico and without going into how that happened, let's just say, two of them are very nice and one of them isn't.  I rent the  two very nice houses out and this is the busy season so I've been spending my time begging people to stay in those houses and then trying to fulfill those people's every wish and command.

I am not built for the hospitality industry, I am too much of  a people pleaser.  Every time one of them complains, i.e. "The internet is slow" or "The satellite TV isn't working while I'm here on my beach getaway," I just want to throw their money back at them so they'll quit bitching.  But the cap'n won't let me.  They give me a stummy cake. (That's what I always thought people were calling abdominal pain when I was little. I couldn't quite figure out what a "stummy" was and why you'd call pain a cake.)

Anyway, a few days ago I was able to escape to my not very nice house and I couldn't wait. A short description is called for. Casa de Meliora has one main room with a bed and my most favorite piece of furniture I've ever had, a rustic, rough old cabinet with old hand-wrought hinges. It also has one bathroom with a rust stained green toilet and that lovely 60's green tile, and a black-with-corrosion-and-God knows what else shower head that is as big as a dinner plate and from which five of  its ninety holes water trickles.  We did get a hot water heater installed this year though! Then there's the kitchen that has no oven. I do all my cooking on a two burner gas thing. But it also has my second favorite piece of furniture in it, a big white-washed cupboard in which everything goes. Brownie mix, spices, olive oil, dog food, hammer, drill, birdseed, and rat poison.

As I drove through town the other day, a little fishing village called Dzilam de Bravo (I've never been able to figure out what it means, but the nearest interpretation I've come up with is "Town of the Brave), the weeds were still sprouting in the sidewalks, the same three shriveled apple doll men were inhabiting their bench in the square,  a pack of dogs was pestering an obviously in heat female, and a little kid sped toward me on his bike like he had a death wish, until he swerved and jumped off his bike, the wheels still spinning, to run into the corner tienda with some shiny coins gleaming through his clenched fingers.

I don't know where or when you grew up, but my childhood took place in a very similar place, even if it was a different world. This place always makes me feel a little like I'm a ten year old and the first day of summer vacation. I don't have to comb my hair and if I want to wear plaid shorts with my favorite smiley face shirt for ten days straight, people are just going to smile.

As I got out of the car to open our gate, a man pulled up with his cart of cremitas, like the Good Humor Man of the Yucatan.

"Later," I said. I don't know why, I wish I would have grabbed a cup of the creamy sweet coconut and rice treat right then. There was no hurry to get inside and unpacked. It could wait. Everything can wait here.

This morning, Don Pato, the man that rakes my yard came by with a bucket of grass plugs he'd pulled from his yard.  Don Pato is 73 years old and has had a stroke and has milky cataracts in both eyes and every morning he and his wife, Clara, come sweep the leaves out of our dirt yard. We don't really need it done, but there is no social security here in Mexico.  Last year, I decided to try to plant grass in a patch of our dirt so Don Pato brought me plugs and I planted and watered. Some of them survived. Enough that my little patch looks like a fifteen year old boy trying to grow his first beard. Today, after Don Pato left, I sat down in the dirt and started to dig troughs for my new batch of grass.

"You know," the cap'n said, "We could just go get some rolls of grass in Merida and you'd have a yard by the end of the week."

But I don't want to do that. I want to plant these little plugs and sprinkle water on them every day and watch them spread and maybe next year I'll have a patch big enough that Freddy, the dog, can roll around on it.

So what does this long diatribe have to do with drinking? Nothing. Nothing at all.